Welcome to the Desert of Post-Socialism 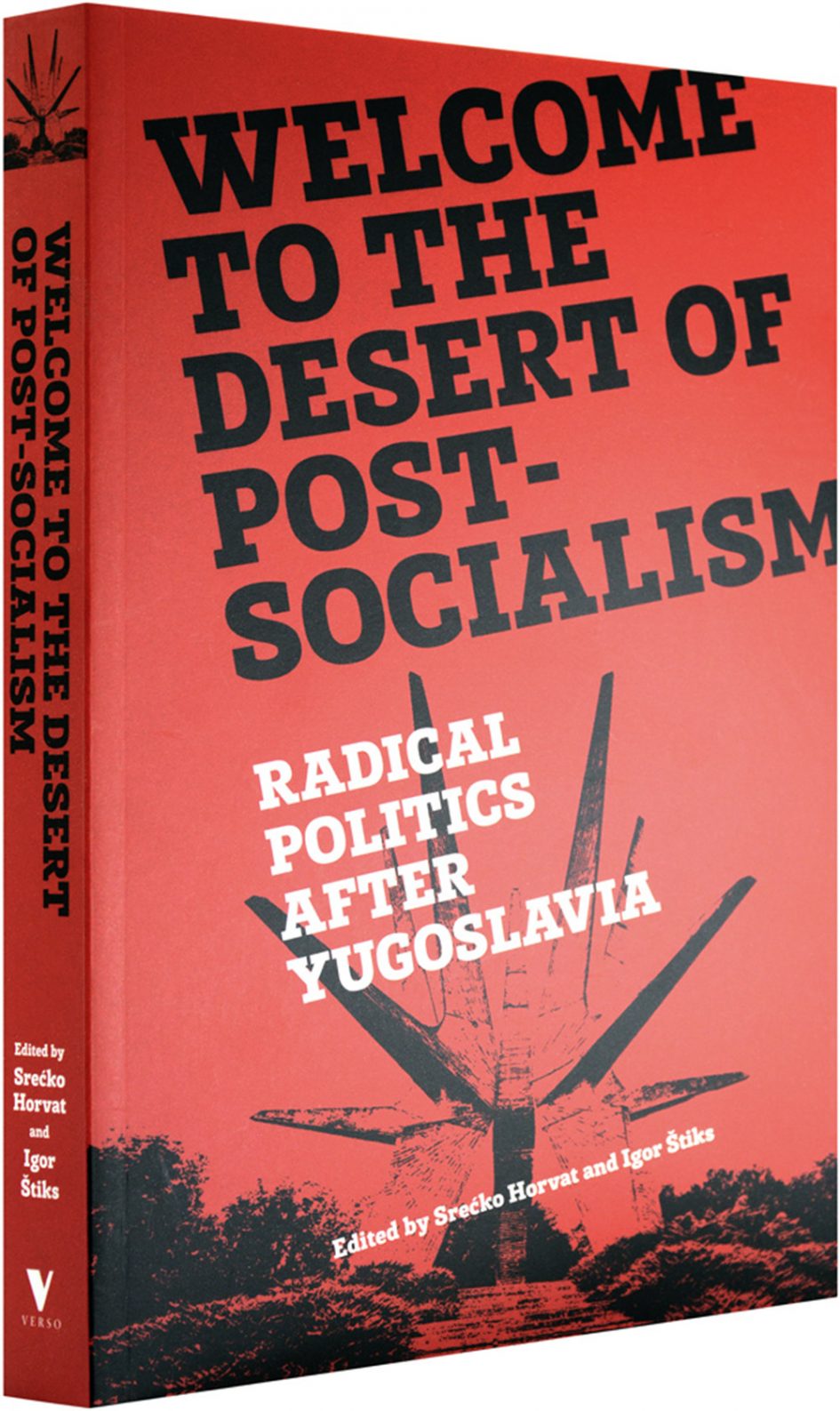 Igor Štiks and Srećko Horvat. “Radical Politics in the Desert of Transition.”

7 Communist nostalgia generates no political program, therefore it’s an expression of discontent with the new system and positive re-evaluation of its content, i.e. socialism.

11 Protest movements react to social/economic situation and abuse of power by elites.

95 Despite the fact nostalgia as such is no longer a medical malady but a poetic or literary phenomenon linked to memory, post-communist nostalgia gets a bad rap. All CEE capitals have monuments and most have museums condemning communist rule.

Mitja Velikonja. “Mapping Nostalgia for Tito: From Commemoration to Activism.”

#1 Titostalgia is a consequence of 2 decades of misery from wars to economy. Tito as a symbol of anti-fascism, peace, social/economic modernization and prosperity, and global reputation reminds people and makes them yearn for better times.

This does not explain Titostalgia in prosperous Slovenia.

#2 Titostalgia is a nostalgia for youth.

This does not explain younger generations’ nostalgia, i.e. neostalgia.

#3 Titostalgia is passed down from older to younger generations.

This ignores the differences between (the production and values of) generational knowledge and the fact that young generations without personal experience of his rule see Tito as a new figure.

#4 Tito was a universal character in Yugoslav ideology, both a great leader and a man of the people, someone to admire and at the same time one of us.

This ignores his extravagant life style, something people today resent about tycoons and celebrities.

#5 Tito is esteemed for political originality.

This overlooks the fact all parts of the Yugoslav system had already been invented before, from Yugoslavism to socialism to authoritarian practices (slogans, relays, mass gymnastics) to even “brotherhood and unity”. Goes for the commercialization of Tito’s image a la Che.

#6 Tito’s rehabilitation is one of the obsessions with the past typical of today. And it’s leftists who are nostalgic for him.

This overlooks the fact that no other personalities are nostalgified this way. And that the phenomenon goes across the political spectrum.

#7 Titostalgia is mostly expressed by old people through old mass-culture technologies and will die out when they do.

This ignores the fact that Tito is present in new media (Facebook), swag like t-shirt and postcards, and alternative/subcultures.

#8 Titostalgia is a continuation of his personality cult.

But personality cults die out when the personality does. And Tito’s image is re-generated by younger generations.

#9 Tito represents a political divide between right and left.

But again, Titostalgia is present across the spectrum.

But Yugoslavs had more experience with the West.

But it’s also a political gesture, challenging/subverting the dominant political discourses and leaders. E.g. celebrating Tito’s birthday competes with official holidays. It’s a protest, provocation, or even a defense against nationalism.

Younger generations’ rhetoric mirrors that of ageing Titoists. Portrayals are mostly from his Partisan days [reminiscent of Che], not Marshal or president era. It’s not just about rejecting or protesting the present, it’s also about reaffirming the values of the past, e.g. solidarity, security, social justice, national fellowship.

191-195 Conclusion: Titostalgia has little to do with Tito himself. New images used in this “retrospective utopia” means the experience of the past doesn’t matter as much as the future of a better world laid out back then.

“Memory is not only evoked [demand] but also created [supply].” Titostalgia is not only about recreation, reinterpretation, reinvention, redefinition, reappropriation but also about “invention and construction of the past as it never existed.” Less about the reconstruction of the past than about its completely new composition. “It is not a welcome back but hello to the new.”

In the slogan “Tito is alive” Tito is not of the past but of the present. Tito hasn’t come back but has been reborn; he is not a replica or redesign, he is new and better than the original. Less a look back to bring socialism back, more a utopia to bring about a better future. Titostalgia is active social notion, rather than passive, reactionary nostalgia.

Titostalgia is not a re-emergence of socialism but a critique of capitalism and nationalism. Tito and the era he represents simply provides a framework for a possible future. It is a wish for better times (leaders, political system, economy) going forward, not bringing the good times back. It is not restorative nostalgia to return the past but “rather a return of the utopias of those times.”

“The Yugoslavia of the nostalgic discourse never existed. (…) The same holds true of Tito.” It’s ironic that the future he envisioned lives only in the imagined world of nostalgia. “…such perfection can only live in nostalgia and exist only as utopia, which…is a place that does not exist.”