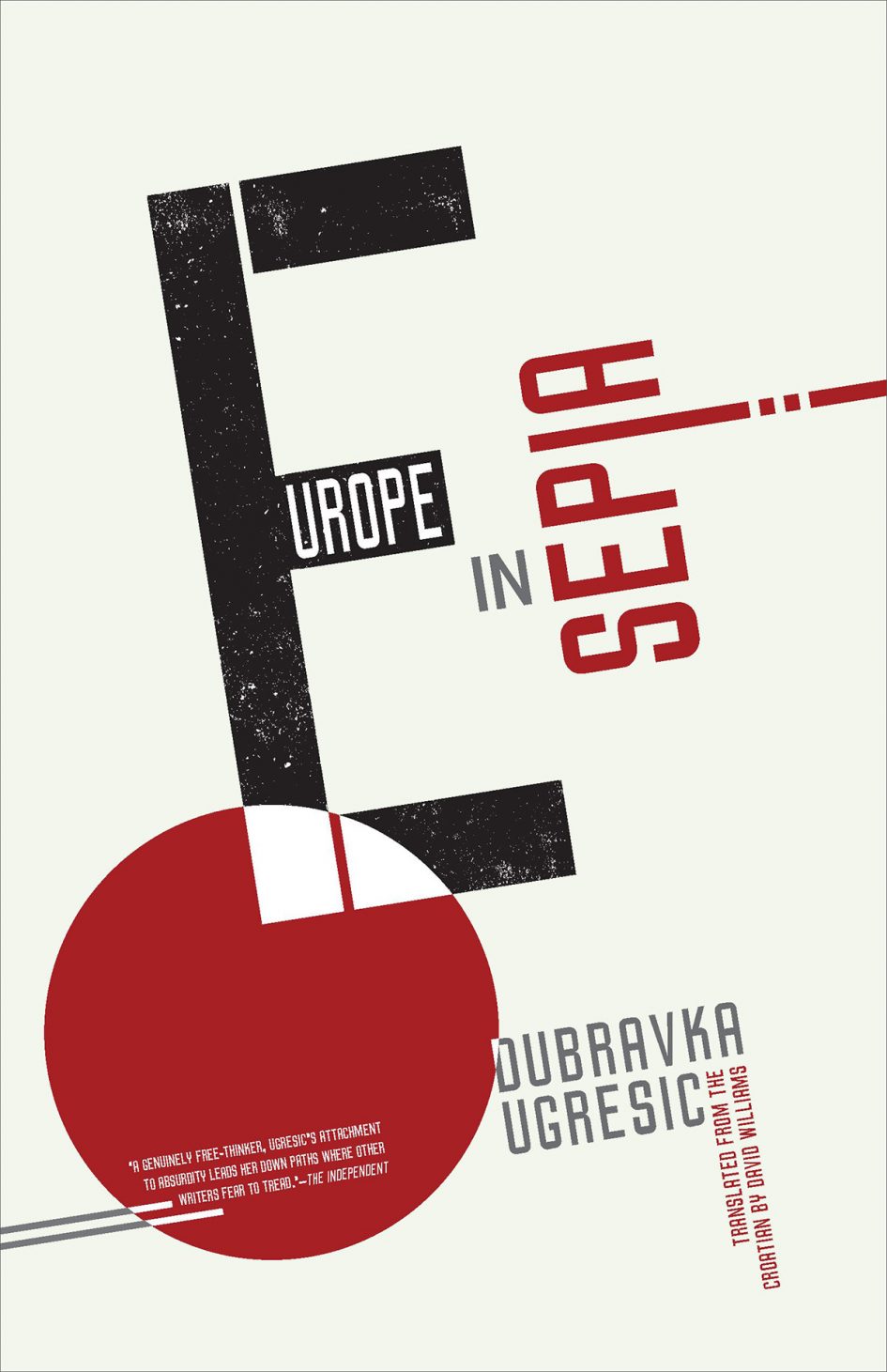 “The work of postcommunist and (in the Yugoslav case) postwar artists–self-appointed archivists, “collectors of ruins,” “doctors of nostalgia,” “archeologists of the everyday”–only makes sense as a voluntary undertaking, and only when accompanied by the artist’s recognition of the futility of his or her wok. As soon as the work achieves “recognition,” it immediately becomes susceptible to manipulation (although in itself worthless, nostalgia can still be a valuable commodity), and the energy that set it in motion vanishes. It is, parenthetically, in this disappearance that the fundamental paradox of any preoccupation with nostalgia resides: Nostalgia wipes its tracks, deceives its hunters, sabotages its researchers’ toil, never remaining what it is or was.”

9 “the smaller the nation, the longer its history”

9-11 “In the immediate wake of independence, Croatian politicians and the local media…introduced the lilting coinage “Yugonostalgia” as a synonym for hostility toward the newly-created Croatian state. Yugonostalgics were castigated as dinosaurs in human form, people who grieved for the death of Yugoslavia. Yugoslavia, Tito, Partisans, the slogan brotherhood and unity, the Cyrillic alphabet, Yugoslav popular culture–all this stuff, and a lot of other stuff besides, was tossed into the “dustbin of history,” into a memory zone to which admittance was strictly prohibited. Accusations of Yugonostalgia whizzed back and forth past people’s heads like bullets. People erased their biographies and changed their names and places of birth, sworn atheists were baptized, restaurants scratched “Yugoslav” dishes (those believed to be Serbian) from their menus, and in school the mention of Yugoslavia in history books was reduced to a few lines. They wouldn’t even give it a picture.”

When Yugoslavia still existed, Ugresic had a premonition it would vanish, and the fear turned her into “an archeologist of the everyday,” convinced that preserving the memory of Yugoslav artifacts (food brands, films) would “halt the impending terror of forgetting.” She was labeled a Yugonostalgic and traitor sabotaging the new Croatian state. “Eyewitness to how brutally and efficiently the confiscators of memory could erase collective memory and with it my personal history. I became a member of my own personal resistance movement. I defended myself by remembering–remembering as a weapon of choice against the violence of forgetting.”

“Yugonostalgia, however, has lost its subversive quality, no longer a personal resistance movement but a consumer good….Yugoslavia has become a mental supermarket, a list of dead symbols, a crude memento mori stripped of emotional imagination.”

11-12 “Today, the bandit capitalism of transition is able to tolerate the presence of Yugoslav souvenirs in the ideological marketplace. Yugonostalgia only reinforces its position….[T]oday’s commercialized Yugonostalgia has been transformed into the opposite, into a highly-effective strategy for conciliation and forgetting. Buying a pair of souvenir Tito socks, the post-Yugoslav symbolically lifts a twenty-year ban, removing the stigma from his or her socialist past. Here, nostalgia has radically changed in essence, no longer a protest against forgetting, a polemic with the existing system, or longing for a former life (even if it ever meant that), but unreserved acceptance of the present.”

12 “On the other hand, the irritation evinced when words such as Yugonostalgia, Yugoslavia, Yugoslav, socialism, and communism are spoken suggests that having become Croats, Serbs, Slovenes, or whatever, citizens of the former Yugoslavia still have some way to go in freeing themselves of their Yugoslav pasts.” The mention of Yugoslavia thus always has “an obligatory footnote”, noting it is not a mourning of the country’s or communism’s death

2011 exhibition Socialism and Modernity at the Zagreb Museum of Contemporary Art suggested, by barely mentioning Yugoslavia or socialism, that 50s/60s modernity was Croatian, as if curators were afraid of Croatia being part of Yugoslavia and modernity Yugoslav.

29 “Croats might not be pigeons, but they still suffer a fatal attraction for public monuments.” Many monuments to victims of fascism have been destroyed since 1991, especially immediate post-independence years, “a time of anti-Yugoslav (anti-Serbian, and anti-communist) hysteria. The destruction was sanctioned or at least tolerated by the authorities. “anti-communist hysteria proved most vehement where communism itself had been most benign.”

65 3,000 monuments were desecrated or destroyed, almost 3 million books, including Ugresić’s, burned or otherwise destroyed (see Ante Lešaja, Bibliocide: The Destruction of Books in Croatia in the 1990s).

Rewriting of history still underway, “a history of pure, untainted souls, of hardworking and honest folk who believe in one God.”

“”In communism we dreamed a lot, and that was the best part about it.”” – quoting Carlos, a Romanian cab driver in London.

202 Yugoslav anthem was adopted from Samuel Samo Tomášik’s song “Hey Slovaks” which he had dedicated to all Slavs in 1800s.

217 “The orders for the library cleansings came from the Croatian Ministry of Culture.”