Flag This: Marching Under Striped Rectangles 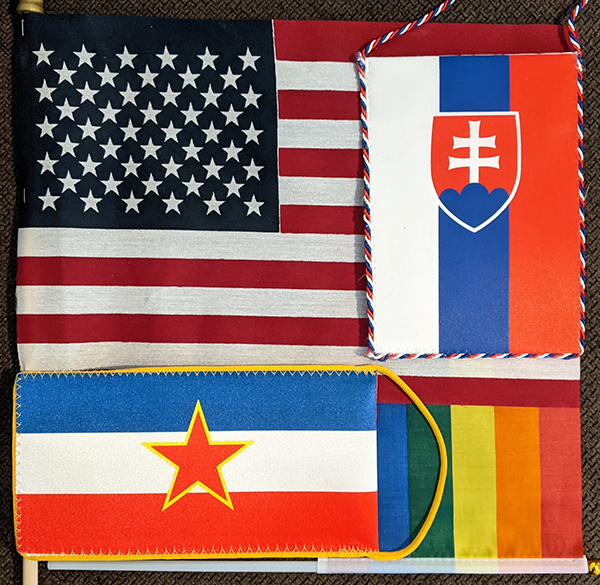 The parliaments of both Serbia and the Republika Srpska entity of Bosnia and Herzegovina adopted the law mandating the use of the Cyrillic script by all public institutions and by all private organizations funded by the state (companies can even get tax breaks for using ćirilica). That the two legislative bodies passed the same law on the same day escaped no one.

The next day, the year-old holiday dubbed the Day of Serbian Unity, Freedom, and National Flag had public institutions in both Serbia and the RS fly red-blue-and-white; the two governments called on Serbs everywhere to display the flag at their homes in order to show national unity.

Many people from Serbia derided and dismissed this. For example: 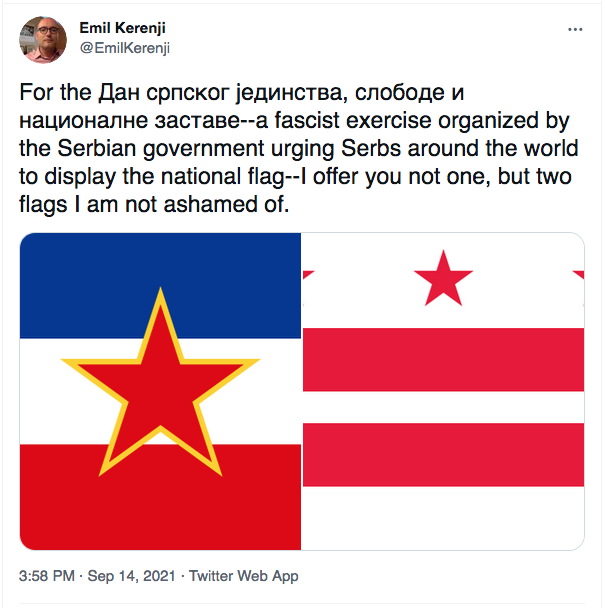 One of my Serbian friends called the holiday “stupid” and themselves too busy with important stuff to care. Another posted “beautiful flags” of Serbia’s neighboring countries in their social media feeds. My friends are great, what can I say.

If you live in the United States, as I do, you become accustomed to living in a flag world:

Unity and superiority implied in the nationalist cause is what unfurled emotions across the region when the Serbian colors flew in unusual numbers.

Set against the backdrop of a growing talk of the “Serbian world,” suggesting unification (or at least unity, regardless of borders) of 7 million Serbs in Serbia and 1.3 million Serbs in Bosnia and Herzegovina, Croatia, Kosovo, and Montenegro, a bout of PTSD shook the region as it evoked the rhetoric that preceded the wars of Yugoslav dissolution. In many minds, Serbia’s flag means war.

It certainly made me uneasy. A flag is a symbol, of a nation and everything it stands for, of a cause or a sports team. It imparts on the person displaying it everything the flag represents and they, in turn, demonstrate agreement with and belonging to it. The flag is how we affirm ourselves and recognize each other as being part of the same group.

I found four flags around my home:

All my flags spend their unflagging lives tucked away in cabinets (stickers of various ex-YU flags serve as bookmarks).

I’ve just never been too big on flag display, particularly as I grew up under the mandate during socialism to display flags, of Czechoslovakia and the Soviet Union, on various national holidays.

So here’s to letting your freak flag fly!

“Flag This: Marching Under Striped Rectangles” first appeared in the Remembering Yugoslavia weekly digest. Get the digest by subscribing: