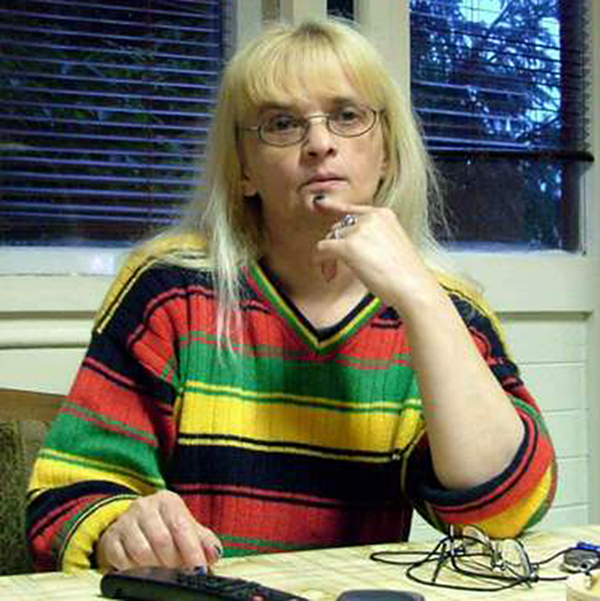 It took almost three decades since the dissolution of the SFRY, a decent and respected country, for the public expression of sympathy towards her to shift from a forbidden love, due to which one could suffer by way of Yugonostalgic manifestations being viewed as bizarre or eccentric, to a legitimization of the freedom to collective memory and the right to express positive emotions.

Cynics would say this is the result of the danger of bloody conflicts among newly established states having been eliminated, and of the exchange of cross-border love being no longer able to cause any serious damage to the completion of wartime projects, even more so that Yugonostalgic emotions occur at an extremely unpretentious, consumerist-hedonistic level.

The meaning of such occasional gatherings and collective recollections of a “better past” is not the questioning of the causes that led to its savage destruction, so it is understandable that partybreakers are not the most desirable people as they remember the times of war enthusiasm, and the stigmatization of entire nations as genetic criminals, biologically lower human beings or usurpers of someone else’s living space.

Although it is difficult to estimate how many of the declared Yugonostalgics are sinners and repentants, or even accomplices in the murder of the common country, it can be assumed that most are people who after the dissolution felt as victims without guilt, so they could hardly wait for the situation in the region to stabilize enough for their continue natural communication with a spiritually close environment [of Yugoslavia?] to continue.

But regardless of the specific personal reasons for Yugonostalgia, there are plenty of reasons for it. And they are extremely understandable and justified.

Whatever they thought of the country that no longer exists, few would deny it was a serious state, whose development had its rational purpose. The evidence is the accomplishments in five decades of her existence: dynamic economic growth, high level of social security, negligible crime rate and corruption, consistent policy of national and religious equality, openness and friendly attitude towards other peoples and cultures, respect and cultivation of an anti-fascist tradition. Add to this the fact that, on the eve of the breakup, the country was a developed country.

It would, therefore, be superficial to say that Yugonostalgia is just looking at the past through rose-tinted glasses. It is more accurate to say that selective human memory has drawn the qualitatively important aspects of the past life into comparison them to today’s. That was enough to create a realistic sentiment for a few citizens to the days of peace and security in a common land.

For the average citizen, that country had more advantages than shortcomings. Despite the existence of a cult of personality, its regime could not be called dictatorial. One could travel freely, communicate with the cultures of the developed world without prejudice and complexity, and Europe was spiritually closer than it is today. The limited freedom of the press seems to be from today’s perspective a minor evil compared to its abuse and hate speech we are witnessing daily.

The policy of “brotherhood and unity” so disparaged by nationalists contributed more to mutual respect, reduction of ethnic distance among the population, and development of a sense of solidarity and empathy than today’s laws on equality and political correctness.

Hysterical anticommunism, an indispensable mantra of the aforementioned nationalist circles, resembles more an empty vessel than concrete failures of a political system that attempted to find a way out of backwardness and to join the family of developed European nations.

After all, this social order was formally, and for a reason, called socialist, while communism was a far-reaching goal, in which reasonable people believed just as they today do in the constitutional preamble on Kosovo.

It is, therefore, not rare to hear people say Yugoslavia was a decent country of decent people, which we were not able to preserve. Some would also add, one we did not deserve.

But no matter how understandable the nostalgic reactions among generations who had the experience of living in the SFRY, it is difficult to explain Yugonostalgia among the youth who express a longing for a country of which they only have indirect knowledge. Among the more recent examples of this kind is the poll by an Al Jazeera journalist in a Podgorica high school where students opted for SFRY as their preference for where they would like to see Montenegro.

At the same time, Macedonian teens prefer to listen to music from the Serbo-Croat linguistic space rather than their domestic one, and it is not a rarity to meet a young Slovenian who perfectly quotes from the movie Ko to tamo peva.

The expression of piety for the former common homeland has long been present on Facebook in the form of several (Yugo)nostalgic groups. Their members regularly congratulate each other on partisan holidays, and some of them visit the monuments to the fighters against fascism, dressed in military clothes and Titovka caps, singing the Yugoslav anthem.

Hundreds of websites foster memories of the “golden age” of the SFRY, as well as the personality and work of Josip Broz, whose name has long held the status of an unprecedented international brand.

That Yugonostalgia was “in” could be felt even a decade ago, when Lexicon YU Mythology was published in a Zagreb-Belgrade co-production as a glimpse of pop culture that included significant figures, phenomena, and symbols from the Yugoslav era. In 2005, BBC called this publishing venture“more important for the establishing of the post-war dialogue than was the five years of the common efforts of all the politicians in the region.”

Numerous talks, photo exhibitions, and theater and film performances with the theme of life in a once common land followed. Among the most wanted were certainly the feature film by Rajko Grlic Karaula, the documentary by director Mile Turajlic Cinema Komunisto, theater play by Kokan Mladenovic Farewell to the SFRY, as well as exhibitions Yugoslavia from the Beginning to the End at the Museum of May 25, The Last Youth in Yugoslavia at the Museum of Yugoslav History, Socialism and Modernity in the Zagreb Museum of Contemporary Art, as well as the latest Živeo život, in Belgrade and Podgorica.

It did not take the domestic entrepreneurial spirit long to notice that memories of Yugoslavia, as well as of its first and most popular president, have a solid commercial potential. Numerous facilities and buildings from Ljubljana to Skopje are now decorated with symbols of the former country, including flags, coats of arms, partisan uniforms, Tito’s photos, youth relay batons, etc.

Nonprofit institutions of a memorial type include the General Consulate of the SFRY in Tivat, founded on the Day of the Republic of 2003 under the motto “Life is getting harder and harder, everything that was nice now binds us.” The “Consul General” Marko Perkovic proudly points out that last year, the Consulate came to the aid of the Dubrovnik Summer Festival, loaning it items from its archive, including Partisan and Young Pioneer flags for some of the performances.

Individual memories of Yugoslavia are extremely personal, and so are the reasons for nostalgia. It’s possible to categorize Yugonostalgics into several groups.

To the question “What did Yugoslavia mean to you?” there are as many answers as to the legendary question “Why the chicken crossed the road?” And of course, of course, they all contain a bit of truth about it.

One is the memory of times “when 100 grams of chocolate did not weigh 80 grams,” another is, “when we did not have to check on a shoe box whether they were only suitable for dry weather because they were made for all meteorological conditions.”

Critics may say it was a time “when Chetniks and Ustashas were not treated as national heroes,” while others complain that the breakup of the country brought an identity problem: “I was Tito’s pioneer, Tito’s soldier, and now I’m like a tail without a body.”

The most discreet of public demonstrations of Yugonostalgia and also the most effective in “remedying the damage” caused by the break-up of the country are the intellectuals of cosmopolitan provenance who never stopped perceiving the region as a common spiritual space, ignoring the formal state borders among the newly emerging states. With a clear moral attitude towards past wars in the region and not fleeing from a deep and comprehensive reflection on their causes, they have made an immeasurable contribution to the breaking up of the shackles of national closeness and self-sufficiency. They based their activist discourse on a firm conviction that the intermingling and encouraging cultures is the only way to ensure their development and progress, but also contributes to reunification and a better understanding among peoples of the same or related linguistic roots and close spirituality.

Two decades after the satanisation of everything containing the prefix “Yugo,” there has been a tacit consent that the country that no longer exists was not the dungeon of any nation and that its social order, whatever it was called, had a modernizing and emancipatory character.

Shopping malls have long since ensured we need not feel nostalgia for favorite desserts from the region, cross-border trips are no longer adventures faced with unpredictable dangers, and so at least some of the Yugonostalgics can be satisfied. Those with more demanding tendencies will continue working with cosmopolitan-minded people to build sincere and meaningful relationships and mutually enriching cooperation.