In Praise of Forgetting 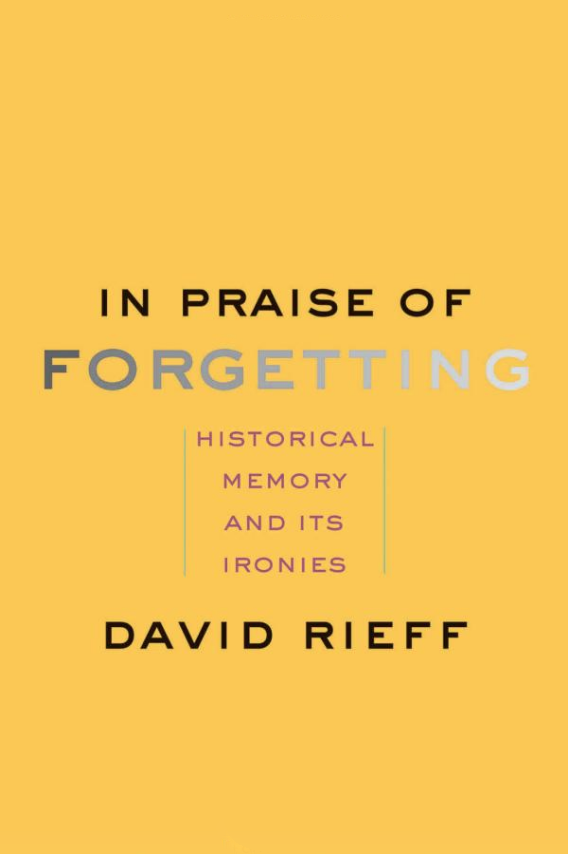 58 Re: Sanatayana’s quote ‘Those who cannot remember the past are condemned to repeat it.’: “Memory is a species of morality…. To remember is to be responsible—to truth, to history, to one’s faith, to one’s country, to the traditions of one’s people…” Anything less is an act of irresponsibility that threatens to undermine both one’s community and, in our therapeutic age, oneself as well.”

[Not just remembering for remembering’s sake, but a moral obligation to remember and learn from the past and act accordingly.]

67 Friedrich Nietzsche: ‘Whichever interpretation prevails at a given time is a function of power, not of truth.’ [i.e. it is the victors who write history.]

88 Avishai Margalit in Ethics of Memory: ‘Even remembering the gloomiest of memories is a hopeful project [because] it ultimately rejects the pessimist[ic] thought that it will all be forgotten…’

92 Pierre Nora: ‘Memory is life borne by living societies founded in its name. It remains in permanent evolution, open to the dialectic of remembering and forgetting, unconscious of its successive deformations…. [It] only accomodates those facts that suit it. [History is] the reconstruction, always problematic and incomplete, of what is no longer. Memory instills remembrance within the sacred; history, always prosaic, releases it again.’

“collective memory often also functions as an escape and an idyll, providing a moral warrant for nostalgia”

98 Avishai Margalit: “memory plays a crucial role in allowing us to understand not just where we came from but who we are.”

Avishai Margalit: ‘Who we are depends on our not forgetting things that happened and that are important in our lives. [F]orgetting cannot be voluntary.’

L.P. Hartley, in The Go-Between: ‘The past is a foreign country: they do things differently there.’

109 “At best, [remembrance] is a consolation or an ego boost, while at worst it is a wallowing, no matter whether in past triumphs or past injuries and traumas.”

132 I attempt to capture the memory of Yugoslavia as people with the living memory of its beginning are beginning to die out. One day, anyone who remembers the country or was born in it, will be dead, like the last person to experience WWII, for example.

133 On a certain level, asking people to forgo remembrance, and possibly even embrace forgetting, is also to ask them to behave as if they were already dead.” [Hence people who remember and commemorate Yugoslavia are only trying to not die.]