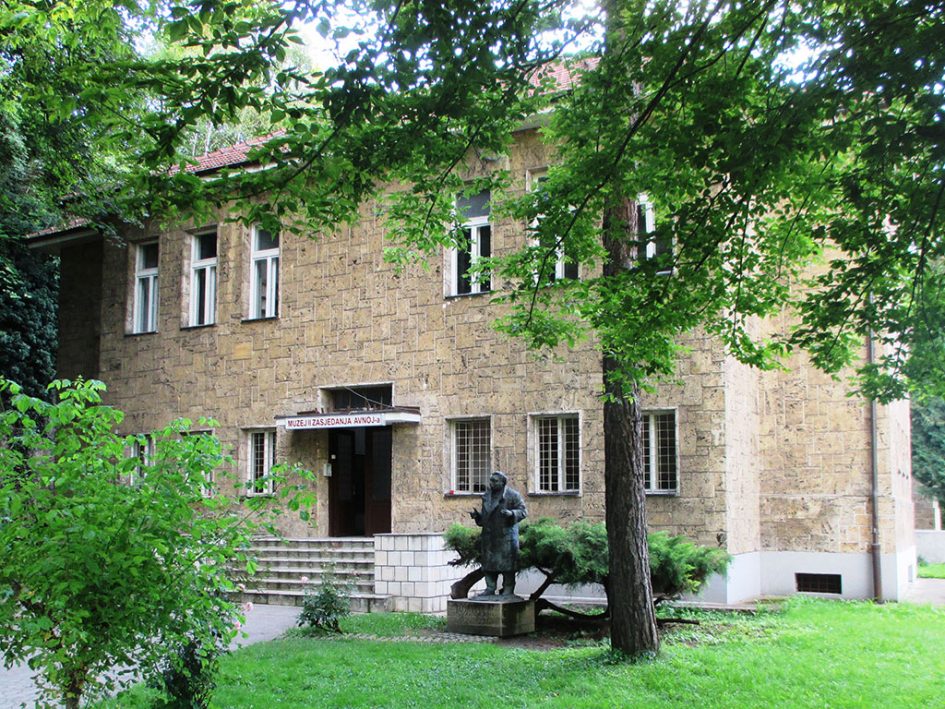 [This is a running post, updated with new notes as needed.]

The town is known for its lakes, waterfalls, and AVNOJ’s 2nd Session which founded SFRY, as well as for its name never have been preceded by the prefix Titovo.

About 250,000 people visited the AVNOJ Museum every year during the SFRY times to learn about the acts signed by Ivan Ribar and Rodoljub Čolaković, listen to voice recordings of Josip Broz’s speeches, and watch local young men jump from a 27-meter waterfall for two beers and a serving of ćevapi.

Jajce residents would boast how often the Marshal and his wife visited their city, never coming without gifts. Tito last visited Jajce in 1978 and on that occasion gave the name Jajce to the local hotel, while Jovanka visited the elementary school called Brotherhood and Unity. On the spot where Tito’s bust once stood is a decorative wreath with the inscription, “Welcome, youth!”