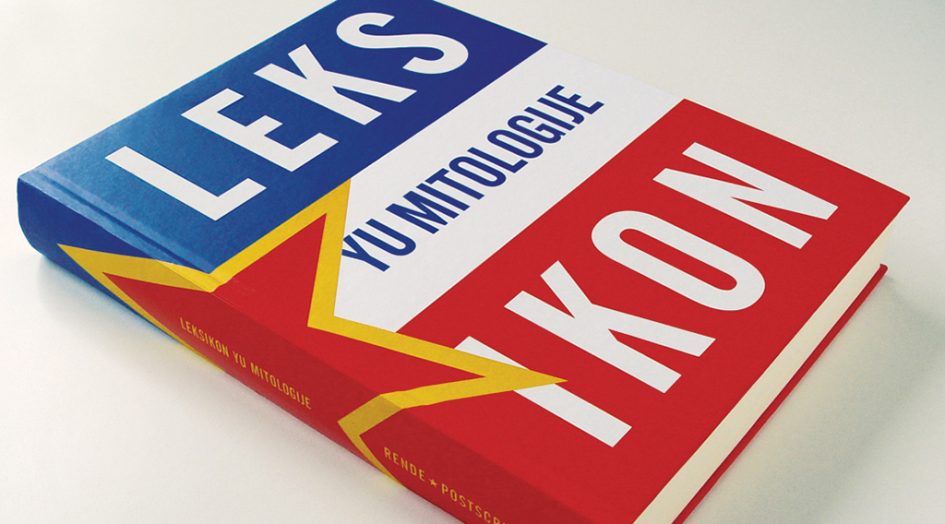 Leksikon YU Mitologije (Lexicon of YU Mythology) is a collaborative 2004 book, and an ongoing online project, compiling 800+ short narratives of Yugoslavian popular culture. This is a running post.

Leksikon YU Mitologije, Available at www.leksikon-yu-mitologije.net. Translated from Serbo-Croatian by yours truly with the help of Google Translate.

“In 1989, Dubravka Ugrešić and editors of Start, Dejan Kršić and Ivan Molek, issued a call for co-operation on a project called Lexicon of YU Mythology. A collection of narratives on local popular culture, the Lexicon was supposed to provide an answer to the “question of Yugoslav identities”, which, according to the initiators, was to be explored “not only for the world but primarily for ourselves.” With the collapse of the SFRY, which took place only two years after the launch of the initiative, it seemed that the need for compiling the Lexicon was gone. The official orientation of new states towards a common heritage ranged from a confiscation of memory to the absolute denial and tabooisation of all SFRY culture. However, the project survived as one of the earliest domestic internet forums. In 2001, under the leadership of Dejan Kršić, the provisional editorial office of the Zagreb Arkzin was established and launched a website of leksikon-yu-mitologije.net. 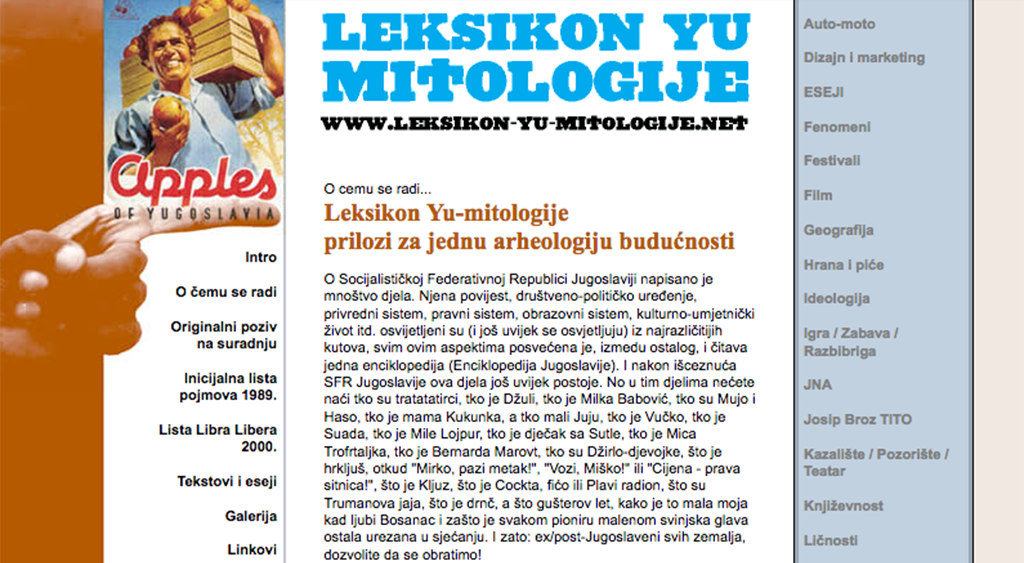 What followed was described by Đorđe Matić in the foreword to the first edition: “In the unexpectedly large number and literally from all over the world, the former Yugoslavs began to send in ‘messages in the bottle’. (…) After collecting the planned corpus of contributions, the book project was created by editors and designers from the Belgrade publishing house Rende and the Zagreb publishing house Postscriptum. With enormous success and great public attention, the first edition was released in 2004 and the second followed a year later, at the same time as the Macedonian translation of the book. 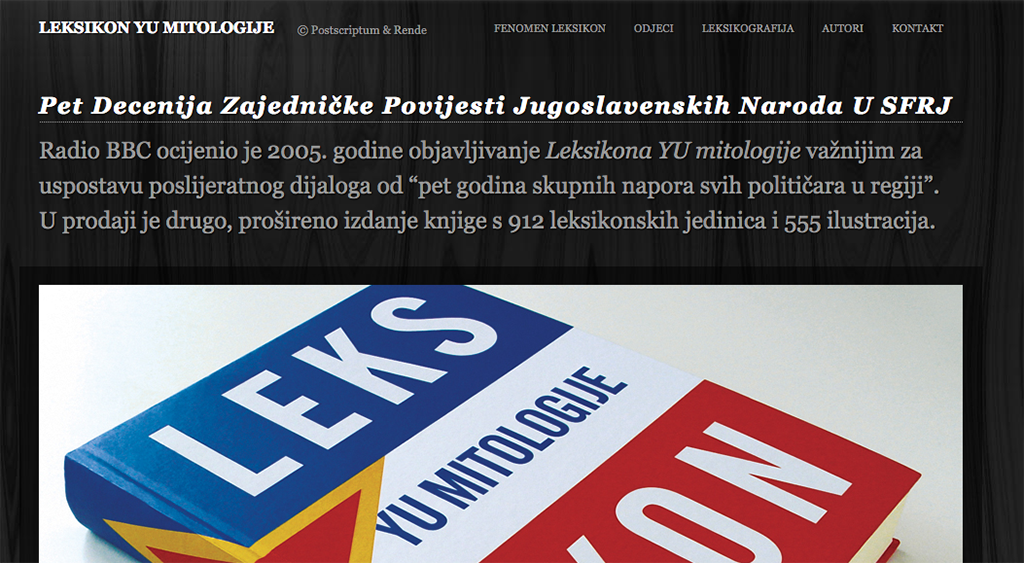 Our attempt to record the topography of the cultural and living space of the SFRY has produced over the past fifteen years and the massive amount of mythology. In some environments, the Lexicon has been embraced as a harmless sentimental memory of the past, elsewhere it has initiated a serious therapeutic process of decontamination of the memory of Yugoslavia. A mix of high and low culture characterizing the Lexicon also marked its reception. On the one hand, as a reference and indeed a cult book, it was the subject of international academic scholars and other experts. On the other hand, it has become the source of pop-culture mutations and imitation, a template for more stage projects, the name of a popular TV show and such a recognizable brand that in 2010 Volkswagen’s entire advertising campaign in Serbia relied on it.

From all the public discussions, reviews, and media reports, the most memorable is the 2005 BBC Radio Review, in which Leksikon YU Mitologije was a book that, within a year since its publication, “played a more important role in establishing a post-war dialogue than five years of collective efforts of all politicians in region.” The accuracy of this assessment was confirmed in 2010, when the Lexicon became a presidential gift at the first meeting of two post-Yugoslav statesmen. Despite the forgetful nature of our times, it seems that it still makes sense to worry about preserving memories of what the abbreviations AFŽ or ZTP meant. In short, the past has a future. 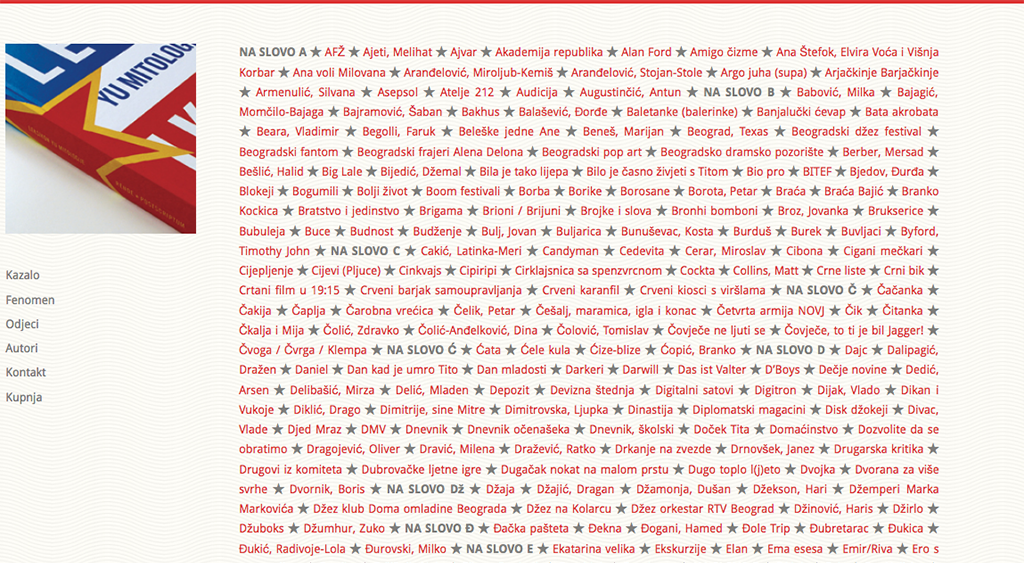 [Excerpts relating to Yugonostalgia from reviews and analyses of Leksikon YU mitologije are presented here under fair use or translated from the original.]

“The lexicon is a corrective to a lie created by the nationalists in the 1990s: that the life Yugoslavs lived together was bad and dark, and that only Yugoslavia’s demise opened the way for a free society.”

About the book and the symbolism of Serbian President Tadić gifting it to his Croatian counterpart on a state visit.