The Ministry of Pain 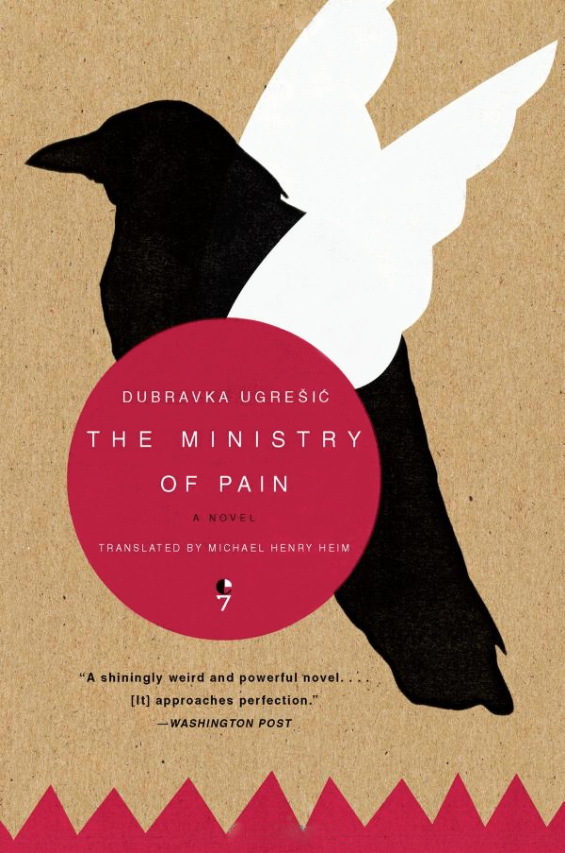 Novel about refugees and exiles in Amsterdam.

5 “that unfortunate former country of ours”

7 “The war meant great losses for many, but it could also be a reason to slough off an old life and start from scratch.”

11 A Croatian character “clearly considered “comrade” to be “Yugoslav”, “Communist,” and therefore “Anti-Croat.””

13 “Yugoslavia, the country where they’d been born, where they’d come from, no longer existed. They did their best to deal with it by steering clear of the name, shortening it to Yuga and thus “the former Yugoslavia” to “the former Yuga” or playfully transforming it into Titoland or the Titanic. As for its inhabitants, they became Yugos, or, more often, simply “our people.” The possessive pronoun also came in handy when referring to the language they spoke together (none of them being Slovenian, Macedonian, or Albanian): to avoid its former, now politically incorrect name of Serbo-Croatian, they called it simply “our language.””

14 “”Our people” had an invisible slap on their faces.”

17 “The hand-drawn map on the wall was festooned with postcards. It had a geography all its own. The places they came from—Brcko or Bijelina—stood at the center of the world: they were the only country the men had left.”

18 “The manner in which they moved and places where they came together betrayed their loss of personal space… [bench, waterfront, town square, cafe] In the cities of Europe they vainly sought the coordinates of space they had left behind them, their spatial coordinates.”

“Amidst such lunacy I had to find a territory that belonged equally to us all and would hurt us all as little as possible. And the only thing that could be, I thought, was our common past. Because another thing we all had been deprived of was our right to remember. With the disappearance of the country came the feeling that the life lived in it must be erased. The politicians who came to power were not satisfied with power alone; they wanted their new countries to be populated by zombies, people with no memory. They pilloried their Yugoslav past and encouraged people to renounce their former lives and forget them. Literature, movies, pop music, jokes, television, newspapers, consumer goods, languages, people—we were supposed to forget them all….”Yugonostalgia,” the remembrance of life in that ex-country, became another name for political subversion.”

“stimulating the memory was as much a manipulation of the past as banning it.”

“I did not see how we could come to grips with our past if we did not first make our peace with it. So as our common ground I chose something we all felt close to—the homely terrain of the day-to-day life we had shared in Yugoslavia.”

[Uses the image of large plastic bag with red, white, and blue stripes as a vessel collecting all that represents that life. Like baggage.] – “imaginary museum of Yugoslav daily life”

57 “we breathed life into a life that no longer was.”

58 “the stigma the ideologues of the successor states had placed on memories of the collective past had backfired: it had made that collective past more attractive. Perhaps by stimulating memories of the past I would destroy its halo. Or perhaps my attempt to reconstruct the past would end in no more than a pale imitation, thus exposing the poverty of the “baggage” we deemed to powerful.”

116 “Emigre souvenir exhibits did not express nostalgia for a former life or the native country; on the contrary, it expressed the lack of same.”

232 “Words like “phantom limb syndrome” or “nostalgia” are arbitrary lexical labels meant to denote the complex emotional blow that comes of loss and the impossibility of return. They imply that it makes virtually no difference whether we make our peace with the loss or experience relief at being able to let go of the past or of the desire to return to it. Because the blow does not lose its intensity thereby. Nostalgia, if that is the word for it, is a brutal, insidious assailant who favors the ambush approach, who attacks when we least expect him and goes straight for the solar plexus. Nostalgia always wears a mask and, oh, irony of ironies, we are only its chance victim. Nostalgia makes its appearance in translation—most often a bad one—after a complicated journey not unlike the children’s game “telephone.””

238 “a country that had come apart at the seams and a native language that had turned into three languages like a dragon with a forked tongue.”