The Past Within Us 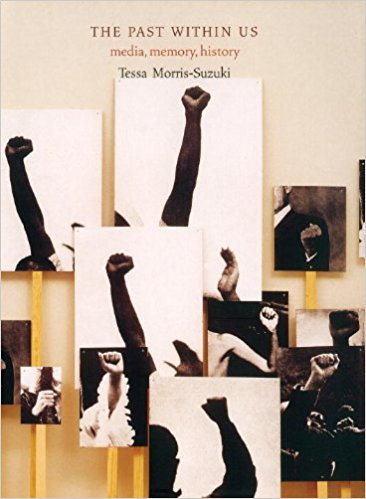 Morris-Suzuki, Tessa. The Past Within Us: Media, Memory, History. London: Verso, 2005.

22 Pierre Nora, 1998: We’re seeing ‘a commemorative bulimia’ that has ‘all but consumed all efforts to control it’ as the number of commemorations, memorials and heritage sites has exploded. He ascribes it to the shift of attitudes ‘from the historical to the remembered and from the remembered to the commemorative.’

History as [quoting Jacques le Goff] ‘science of the past’ has been replaced by “a quest to re-establish a personal connection with a vanishing heritage,” or [Nora] ‘a search for the one thread in the social fabric of the present that will permit direct contact with the irrevocably dead past.’

26 “we are also implicated in the past in a wider sense. We live enmeshed in structures, institutions, and webs of ideas which are the product of history, formed by acts of imagination, courage, generosity, greed, and brutality performed by previous generations.”

28 “the stories and images we receive about the past are shaped by ideas and interests of the people who communicate them, by the nature of the media through which they are communicated, and by our own position in the present.”

29 The medium shapes the memories that are transmitted. E.g. textbook vs photograph vs museum diorama.

40-41 Realist historical fiction creates an imaginative relationship between the reader and the people of the past and their entire society, not just individual stories. Such novels also provide interpretations of past events and shape the imagination about the past.

88-89 Photoalbum = “chronological record of family life” that preserves and recasts the family past by what photos are included and how they’re arranged as well as what is excluded. In addition to helping to remember them, it objectifies events; we become both participants and observers. “The photograph album historicizes memory.”

104 By connecting individual and family memories with national memories, photograph collections contributed to the “process of the national mobilization of memory.” Family stories can be reimagined as part of a national story.

126 Moving pictures (film) can, like the photograph, both capture what happened and, like the novel, reconstruct the past.

156 Film “draws the viewer into a totalized image of the past…, has the capacity to evoke intense identification with historical experiences,” which it casts “within the framework of a particular remembering community.” It may “invite the audience to see the people of a past age as part of a common national ‘we’…”

230-231 People’s knowledge of the past depends on formal history education and representations of history in photos, film, internet, and other media. “These media of historical representation often have great power to evoke a sense of identification between past and present, but in so doing they may also offer potent implicit interpretations of the relationship between history and contemporary society.”

232 “History has shaped all the social patterns in which we live: family, school, work, community, state, global order, as well as shaping the ideas which we have about these patterns.”