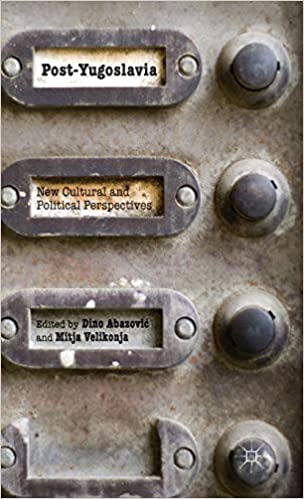 Marlies Glasius and Francesco Colona. “The Yugoslavia Tribunal: The Moving Targets of a Legal Theatre.”

16-25 Achievements the ICTY lists as its accomplishments, deconstructed:

25-27 + Other accomplishments stated by analysts

“Absence of war” rather than peace.

38 Early post-socialist period in BiH was marked both by a “nationalization of the sacral” and a “sacralization of the national”. “[E]thno-national political ideologies have demanded (and been granted) the support of organized religious doctrines in order to legitimize [the] new establishments.” Religion is the main identity/consciousness marker.

Religion in BiH is manifested both through religious leaders and official expressions and through local traditions and customs.

39 “Religion was politicized through ethnicization.”

“the post-war ethno-political order in Bosnia-Herzegovina is based on the political production and maintenance of an entire network of differences. There is no room for a citizen in such a network…”

Ethno-politics is the result of ethno-religious nationalism and used to “justify ethnically-based social constructions and institutions.”

“discrimination on the basis of kinship”

41 Jonathan Allen: There are 7 models of transitional justice:

But in BiH none of these are realized fully, and “the vast majority of the population seems to be chronically unwilling to engage publically [sic] in discussion about reconciliation.”

Jonathan Allen: BiH ‘suffers from a deficit of truth — factual knowledge about past atrocities is lacking, official resist acknowledging the existence of such events…and victims seek acknowledgment of their suffering.’

42 Past is manipulated through denial or victimization.

44 Trials, even when transferred to national jurisdictions, have not helped normalize relations among ethnic groups.

47 “Although the armed violence has ended, the conflict is not over in Bosnia-Herzegovina.”

50 “The design of its political institutions does not encourage cross-ethnic cooperation; rather, it institutionalizes ethnic discrimination.”

For reconciliation to occur:

Vjekoslav Perica. “Heroes of a New Kind Commemorations and Appropriations of Yugoslavia’s Sporting and Pop-Cultural Heritage.”

97 “post-Yugoslav states continue to deal with selection, appropriation and re-distribution of the common state’s cultural property, myths, symbols, heroes, memorials and historical legacies that resist revisionism.” Most are in sports, music, and film, part of “an attractive and usable past.”

Most common hero archetypes in the YU space:

98 In music, the clash was between Yugorock (socialist) and turbofolk (ethno-nationalist).

105-120 Possible alternative heroes, as “products of the Yugoslav interethnic and inter-confessional synthesis through longer periods of time”:

122 Yugonostalgia “remembers” personalities and their legacies within the context of socialism showing the system worked and culturally represented a more sophisticated, modern urban culture / society vs. the post-YU “rural primitivism” manifested in racism or turbofolk.

123 “Progressive factions in the post-Yugoslav elites occasionally try to cash in on Yugonostalgia in order to present its liberal image.” E.g. Milan Mladenović Street in Zagreb, or pedestal-ization of Dražen Petrović.

“cultures of memory, at least symbolically, prolong the long process of Yugoslav disintegration.”

Yugoslavia is a different things to different people:

…and in different ex-YU countries.

128-9 “the (post)Yugoslav pop culture and its derivates, legacies and continuities…helped to construct a…surprisingly durable community of memories and values while also building a bridge among the three generations… Thus Yugoslavia lives through film, in sports, rock, pop and most recently hip-hop and rap music. (…) the living SFRY cult is something more than a set of symbols, myths, memories, films and nostalgic tunes. It does not mean rehabilitation of the Titoist system. After all, during the socialist period, Yugoslav pop-culture came from below, not from above. (…) The revival…is also an imagined, improved version of the SFRY.”