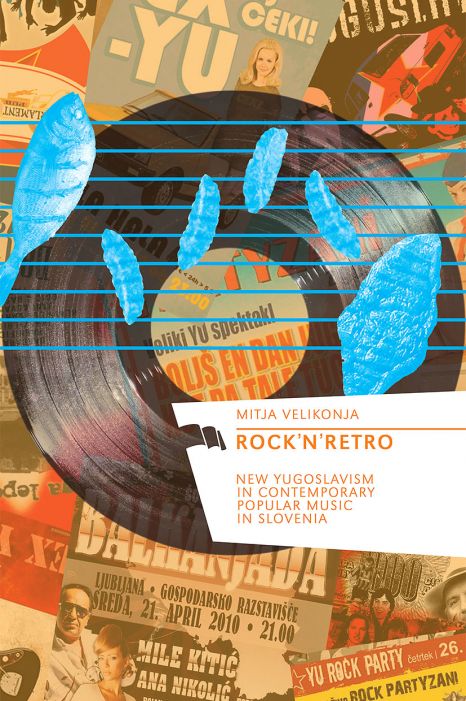 2 Rampant pro-EU propaganda in dominant discourses but no songs doing that. By contrast music praising Yugoslav era does exist, since 1996.

Elite “systematic strategy in their attitude Slovenia’s Yugoslav past” across the spectrum:

3 “anti-Yugoslav ideology and the struggle against the communist windmills”

Slovenia’s acknowledgment of its Yugoslav past:

9 New Yugoslavism = ideological discourse of “”imaginary Yugoslavia” that materialized only after its physical counterpart had been destroyed,” found in Yugonostalgia, cyber communities, websites, retro-marketing, first-hand memories, second-hand images by post-YU generations, “music that speaks about “those times.””

Simon Reynolds: ‘a self-conscious fetish for a period stylization expressed creatively through pastiche and citation’

19 Retro in the West has primarily a cultural dimension, in the East a political one – not retro for retro but “every glance into the past in pop culture necessarily has political connotations”

22 Slovenia has two Others

24 The Yugoslav Other is

33 There exists virtually no music that is anti-Yugoslavia, anti-socialism, anti-Balkans, anti-Partisans and also none that is nationalist or pro-EU/NATO.

36-37 YU-themed concerts, festivals, parties, and other events as well as compilations and broadcasts

45-47 Yugoslavism music exists in other former republics, most widespread in Bosnia.

“This proves that the present “pro-Yugoslav” popular music is rather an independent cultural form not necessarily related to the current socio-economic and political situation of the actual environment.”

66-67 Because WWII battles have been “re-imagined” or reframed into Slovenian rather than Yugoslav experience, in Slovenia it is soft memory (personal memory, remembrances) that predominates over hard memory (monuments, buildings, symbolic places of remembrance like Kumrovec, Brioni, Kuca svjeca, WWII battle sites)

Feeling of liminality in contemporary Slovenia: living between the known past (“we are no more”) and an unclear future (“we are not yet”). The emergence of this music is not an accident: retro is a symptom, of being pulled to the past because the vision of the future is unknown.

“dehistoricization downgrades the Yugoslav and socialist past to “good old times”; de-contextualization turns them into isolated fragments; de-ideologization trivializes them into entertainment and easy life; [and] nationalism reduces them to the Slovenian-only experience.

88 This music thus becomes just another genre among many, a pop culture product like any other, harmless, drawing no negative critiques.

Paradox: The more this music favors the past, the more it’s dismissive of it. “the revolutionary load is effectively numbed by insisting on party/nostalgia/lamenting/pure aesthetic/ironic distance/conventional views” and “the continuity between them/then and us/now is erased through dichotomy” between the Slovene/Slovenianness and the Yugoslav/Yugoslavianness.

“The Yugoslav Other is an internal Other of the Slovenian Us, the Other from our past which we had to leave behind in order to reach our Slovenian Us.”

Yugoslavism is therefore transitional, past and discarded to allow for Slovenes to legitimize the present.

97-99 This music has limited political and cultural reach – “neither music nor humor can change/preserve the world on its own” – “it supports rather than destroys the negative Yugoslavism of dominant discourses”.

Main contribution of this music: “it contributes on the ideological level, by questioning and wittily counterbalancing current Yugophobic discourses,” i.e. Slovenian nationalism and neoliberalism; offsets negative Yugoslavism by “parodic glorification of the former socialist Yugoslavia;” “opposes the centripetal force of contemporary Slovenian nationalism with the centrifugal force of images of life in the former Yugoslavia.” [what separates us vs what we have in common]

“Yugoslavia has therefore re-entered public discourse in Slovenia as an already realized historical alternative in which the Slovenes actively participated.”

100 This music is not an answer or solution to “ideological binarisms of Slovenia’s transition” but it does challenge them. “By taking an uncritically positive view of Yugoslavia, it counterbalances and calls into question the uncritical, negative views poured over it from dominant platforms. Through the parodic simulation and emphatic reproduction of the ideological elements and images that were dominant in the past, it undermines the self-sufficiency, bias, pathos and endless repetition of the present ones. Although politically harmless and devoid of political activism, it unintentionally, and frequently humorously, reveals Slovenia’s recent history, indicating ways to think about the future and prepare ourselves to cope with it. It raises the question of resistance in a world of pandemic conformism and opportunism. It points to the real, although miserably failed alternative, so that we can become aware of those alternatives that are available today.”