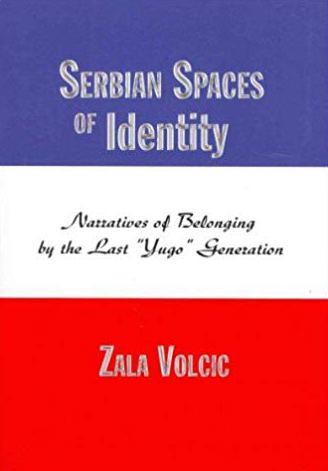 6 Experience of Yugoslavia and socialism varies by gender, class, generation, and location.

7 Edward Said: “imaginative geography” = spatial reordering of the world via symbolic/imaginary association of images with people and place to create a sense of here vs there and us vs them

22 “Yugoslav imaginary” – Tito held nationalisms at bay and Yugoslavia together, backed by US military aid and IMF / World Bank loans

But “Yugoslav society did not have a clearly defined identity”

30 1980s remembered as the time of economic crisis; only later they were “re-becoming Serbs.”

31 “the former Yugoslav state was never really positioned as a political community able to overcome the national differences.” So it was easy for elites to use nationalism for legitimation.

In the minds of author’s informants “nationality is biologically determined.”

33 Milošević’s 1987 Kosovo Polje speech – turned him into a charismatic leader, marked the rise of overt nationalism

38 …aided by highlighting WWII atrocities against Serbs by Ustaše, economic exploitation by SLO/HR

E. Balibar, 1996: “the fundamental problem…is to produce the people [and] to make the people produce itself continually as a national community”

“national identity means the identification of a particular group as members of a particular unit, and this unit or nation is a political, social, gendered, spatial construction” with markers like language, territory, economy, history, ethnicity, etc.

53-74 West as the Other is significant in shaping Serbian national identity.

Serbs by way of political discourse see themselves as “most European country in Europe,” defenders / last bastion of European culture. Slovenes and Croats have similar discourses (“Balkan madness” and Orhodox/Byzantine/despotic Serbia, respectively).

99 Media is widely blamed for the rise of nationalism and Milosevic.

i.e. continued, since the late 1980s, the format but in service to the new regime and its ideology (populism, nationalism).

Paraphrasing M. Thompson, 1995: “the media contributed…to the spread of an authoritarian society that left little opening for a democratic solution to the conflicts and severely limited the formation of public opinion in Serbia.”

115 “There is an invention of a new version of the past, in which the guilty party is always someone else — either Milosevic and his regime, criminals, communists, or the mass media.” Which exempts Serbia from charges of or responsibility for nationalism, wars, etc.

Further deregulation, privatization, and commercialization of the media after Milosevic leaves little to no space for the political and has led to the fragmentation of discourse “wherein the depoliticized masses are excluded from the central debates of the political culture” – people treated as marketing targets, not political subjects, Serbs as consumers not citizens.

117 Nationalism and capitalism are mixing in the media – market and nation are the same.