Monument to Tito Unveiled in Podgorica 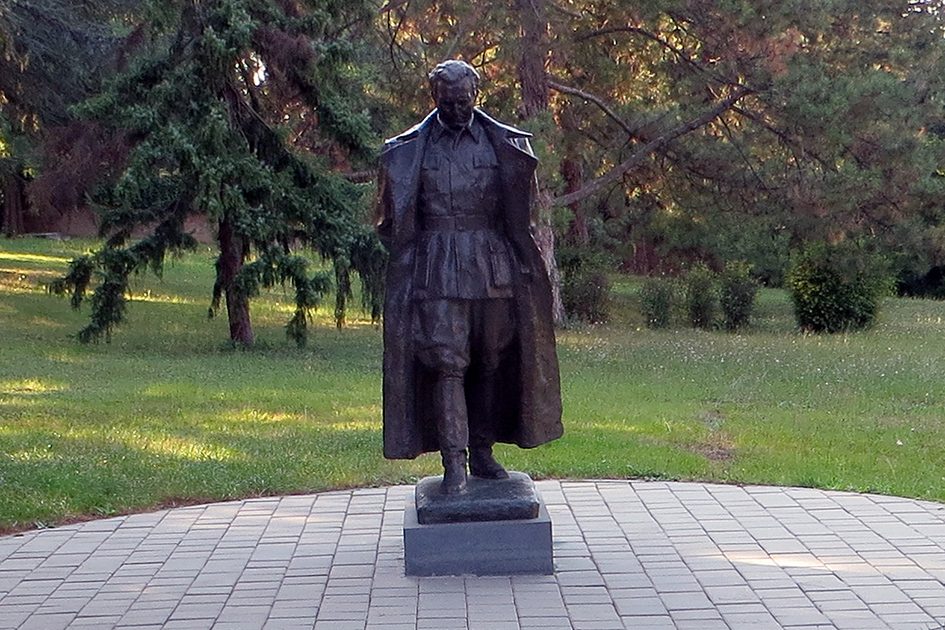 Tito monument outside his resting place in Belgrade, Serbia

Radio Slobodna Europa today reports that a memorial to Tito was unveiled in Podgorica.

A second copy* of the original monument located in Tito’s birthplace, Kumrovec in Croatia (the first copy is outside his resting place in Belgrade, Serbia, see featured photo and below), the monument was created by the Croatian sculptor Antun Augustinčić (1900-1979). 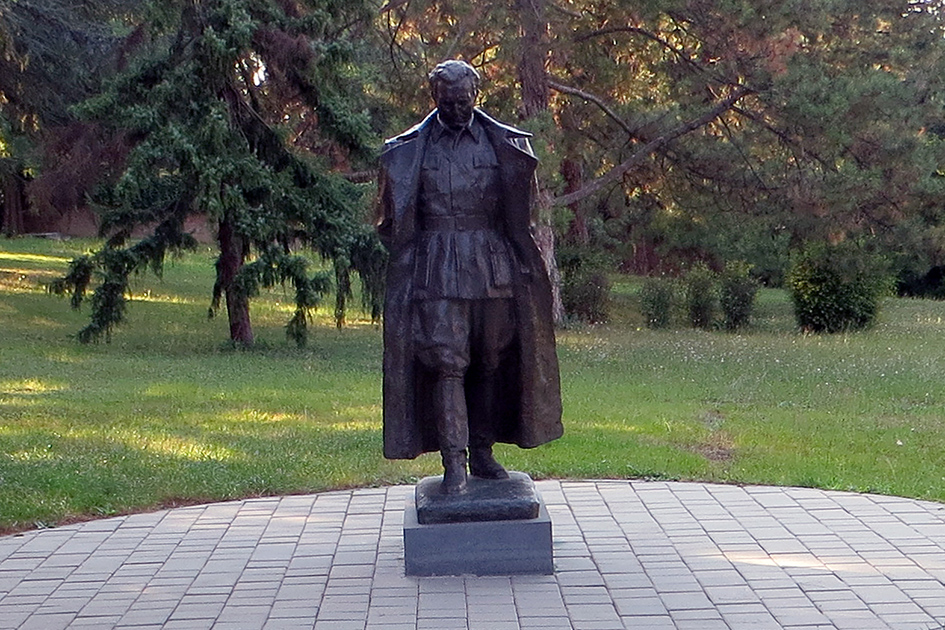 Tito monument outside his resting place in Belgrade, Serbia

Both the Montenegrin and Yugoslav anthems were played at the beginning of the ceremony. In attendance were a large number of citizens and prominent Montenegrin politicians and government officials including the President of the Assembly, Ivan Brajovic, chief justice of the Supreme Court, Vesna Medenica, as well as defense minister Predrag Boskovic, whose officials released the statue from the military barracks in the nearby village of Masline.

[In terms reminiscent of Tito’s era], the mayor of Podgorica Ivan Vuković said:

“Without any Yugonostalgia or idolatry, we raise the monument to Tito as an expression of respect for everything that this giant of world history has done for our country.

We do this additionally in order to illuminate a landmark for the future building of Montenegrin society.

Although Tito’s legacy has been interpreted in different ways, he did and continues to personify anti-fascism, which is the only solid foundation of civil Montenegro.”

[ * It may actually be a fifth copy, as the RSE report omits the 1977 one in Velenje, Slovenia, the one at a sculpture park in Kranj, Slovenia, and the 2013 one in Skopje.]

Balša Brković, writer: In the 50 years under Tito, our country(ies) were beholden to no one, no Great Power. “The question of the monument is not just a decision about a persona or an era, but it rather has a weight, representing a testimony to the identity of this city and its relationship to serious matters.”

In recent years, there has been an outbreak of “Titogradonostalgia”. In Podgorica, called Titograd from 1946 to 1992, there is a cafe and radio station called Titograd, a new boulevard of Josip Broz Tito, and in 2016 the festival “Weekend in Titograd” (tagline: “Experience the spirit of good old times”) drew masses.

Brković: “I was born in Titograd.” My positive relationship to the city developed in the last 10-20 years, as I was able to contrast the positive that happened when the city was Titograd with the current situation.

In an earlier story, when the Podgorica city council approved the memorial on October 29, 2018, Radio Slobodna Evropa reported that the proposal for the spomenik came from mayor Vuković.

Support for the Monument

The mayor said that Tito was “a revolutionary, fighter against fascism, one of the greatest world leaders of the 20th century whose works of international importance represents a contribution to the fight for peace, understanding, and cooperation among the world’s nations.”

Vuković said that, “Tito did everything for the respect for Montenegrin national rights to be the same as those of other peoples, and for the Montenegrin culture to be treated equally with all others.”

Historian Dragutin Papović, a member of the Democratic Party of Socialists (DPS) which proposed the construction of the monument, Tito is a historical person to whom respect is to be observed.

“Josip Broz Tito was a man who was equally respected by the leaders of all three of blocs, Eastern, Western and Non-Aligned. He was a man who shaped the history of the Balkans, Yugoslavia, and Montenegro with political, state, ideological,  and visionary actions.”

Papović added that the monument affirms universal values and sends a message to those who promote the “fascist and nationalist” ideologies defeated in World War II.

Opposition to the Monument

The monument was opposed by the Democratic Front party who consider Josip Broz Tito to have been anti-Serbian and anti-Russian.

Deputy and Professor Budimir Aleksić said, “This initiative came from the Democratic Party of Socialists who inherited Tito’s anti-Serbian, anti-Russian, and totalitarian heritage. It is a regime of continuity with the worst traditions of communism, Titoism, and anti-Serbian and anti-war politics.

He added that, in 1944, Tito ordered that the British air force bombard Podgorica. “And now we are erecting a monument to the one who ordered the bombing of this city.”

In the early 1990’s when the names of the city and many of its and other cities’ streets were changed, the Marshal Tito Elementary School in Ulcinj, some streets, including the Boulevard Josip Broz in Podgorica, and Tito’s Cave in Žabljak carried the Tito legacy.

Montenegro was also host of Tito’s 117-meter Galeb floating residence, until it sold it to a Greek business man who then sold it to Croatia. Tito’s Primorka yacht was sold to a Kotor resident Smiljan Samardzic, who planned to use it for commercial purposes. Tito’s yacht Jadranka, in bad shape and out of the water, is now for sale by the Ministry of Defense for 80,000 euros.

Finally, Tito’s villa in Galeb is open for tours from mid-June to early November.