The Spirit of Mourning 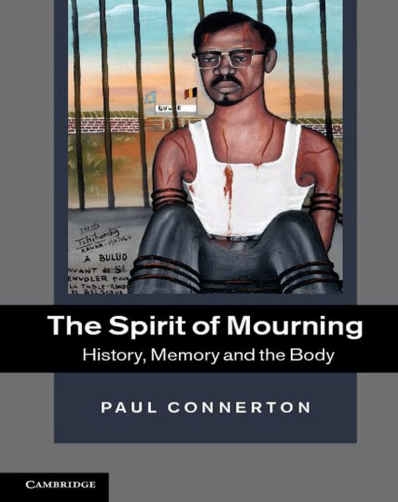 17 “in absence of bereavement customs, people turn to histories in order to cop with an otherwise uncontainable experience of loss….These…are not legitimating histories but histories of mourning.”

22 Albert Camus, in his Nobel Prize acceptance speech: “the writer cannot serve today those who make history; he must serve those who are subject to it.”

33 Judith Herman: “telling the truth about the past is held to be both a personal therapeutic value and a public value of overwhelming importance.”

35 Ernest Renan: “a shared amnesia is at least as essential for the development of what we now consider a nation as is the ability to invoke common memories.”

41 “paradoxically, the explicit purpose of casting the memory of a person into oblivion [in the repressive erasure type of forgetting] has the effect of drawing attention to them, and so of causing them to be remembered. The requirement to forget ends in reinforcing memory.” It dishonors not destroys memory.

[The repressive erasure of Yugoslavia from national(ist) histories especially in Croatia leads to the remembering of it.]

48-49 “The agents of repressive erasure and prescriptive forgetting [best to forget so we can avoid retribution and move on] are states, governments or ruling parties, and, in the case of the art museum, the gallery’s curators as bearers of Western culture or a national or regional inflection of it. The agents of the formation of new identity [selective memory] and structural amnesia [genealogical forgetting] are more varied; they may be individuals couples, families, or kin groups.”

85 “the ancient insight that memory is dependent on topography.”

“Accordingly, this ‘art of memory’ was described as a ‘method of loci’. A locus is definable as a place easily grasped by the memory, such as a house, arch, corner, column, or intercolumnar space. The loci or places in question can be actually perceived or they can be simply imagined. The real or imagined place or set of places functions as a grid on which the images of the items to be remembered are placed in a certain order; and the items are then remembered by mentally revisiting the grid of places and traversing them step by step, always in a particular sequence. The premise of the whole system is that the order of the places will preserve the order of the things that have to be remembered. The art of memory relies essentially on a stable system of places.”

148 “Buildings or other topographical features are conceived as an amplification of the body’s experience, as opportunities for the trans-position of our interior states onto inanimate forms. An array of vertical lines will arouse in us a sense of upward direction, whereas horizontal lines will convey suggestions of rest. Certain architectural forms will incite us to bodily movement: as when we enter the nave of a cathedral, and begin to walk forward [and look up]; and even if we stand still, our eyes will be drawn down the perspective, so that, in imagination at least, we will move forward.”