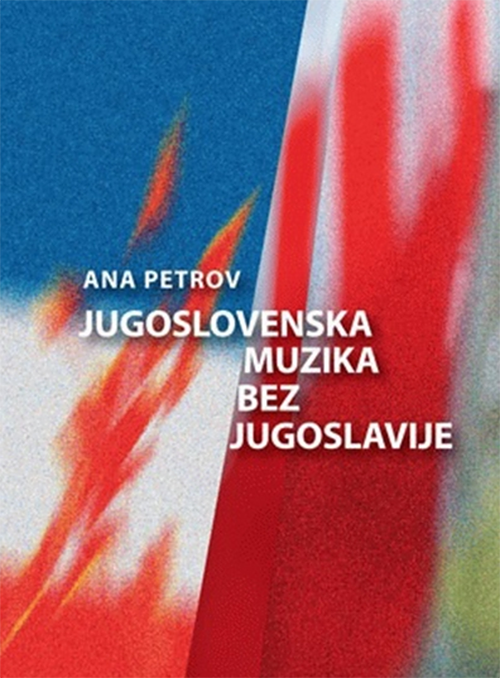 How did Yugoslavian popular music survive the country in which it originated and how has it experienced its second posthumous life without Yugoslavia? Can we talk about political reconciliation through music, or does our music confirm that post-Yugoslav divisions are real?

The book’s aim is to point out the political implications of concerts in Belgrade after the fall of Yugoslavia.

Particular focus is on how the (seemingly neutral) concepts of love are networked in the fear of the Yugoslav past, and in some cases they transformed into nostalgia and Yugonostalgia, while in others they are integrated into music discourses as a universal language, or, conversely, help further the construction of the borders in post-Yugoslavian space.

[Interview with Ana Petrov, author of Jugoslovenska muzika bez Jugoslavije, analyzing, among others, the return concerts of former Yugoslav stars to Belgrade.]

The author shows that in every nationalist narrative there is always a kind of envy for somebody else’s pleasure.

Any discussion today about Yugoslavia is also a talk of “post-Yugoslavia”, of “where we live” since we do not live in that country, but only in its territory. And among her ghosts. And among them we all live without differences, from the staunchest Yugophiles to the worst Yugophobes. Because, Yugoslavia (especially this “post-mortal” kind) is only one form, albeit somewhat pathological, of a firm, obsessive attachment to Yugoslavia as the most important reference framework of our lives.

The three performers were selected because they were Yugoslavian megastars who maintained their status after the breakup and because in the 1990’s they were patriotically and politically engaged in the conflicts [each in their own way declared or considered Serbia the enemy]. Their return to Serbia was viewed with suspicion or even open hostility.

Psychoanalytically, the attendance of these concerts is a transgression as a symbolic exit from the national body through a subversion of its collective memory. Such memory is then framed by critics as a misremembering, because only that makes sense in their world, consider it as they do an irresponsible, immoral enjoyment for which they rejected their own culture and collective.

Yugoslavian music is part of the cultural identity of all those who live here. Yugoslavia is dead, in fact it was murdered, and perhaps its high culture died with it. But popular, mass culture survived, faring perhaps even better than during Yugoslavia. The identity amalgam of Yugoslav music and culture is something that simply no politics, army or ideological brainwashing can destroy. Can it be any different? With all the common history, cultural references, and even the language?