The Kitschification of Communist Material Culture 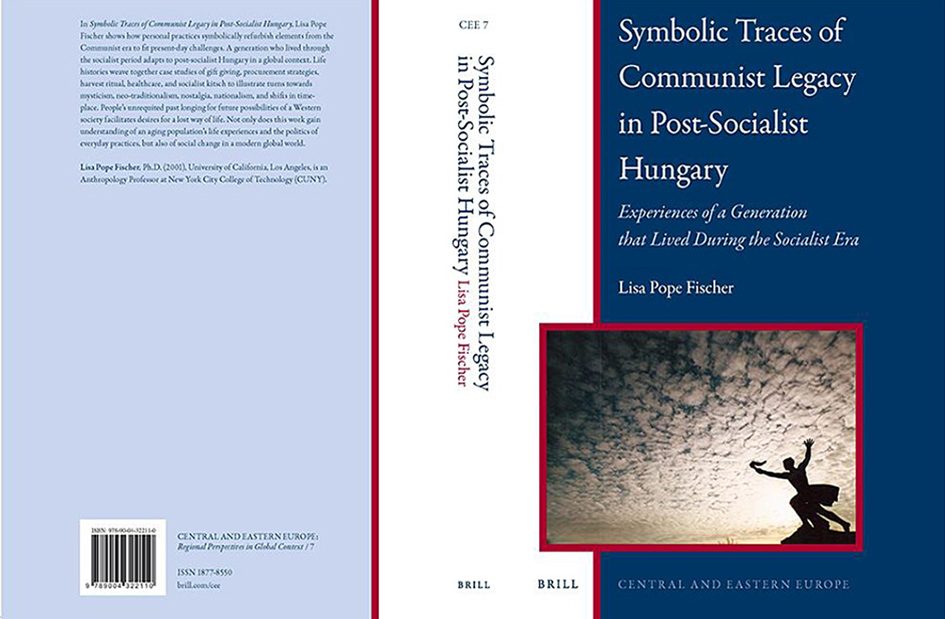 Fischer, Lisa Pope. Symbolic Traces of Communist Legacy in Post-Communist Hungary: Experiences of a Generation that Lived During the Socialist Era. Leiden: Brill, 2016.

“Communist kitsch gives insight into a desire for collective understanding about both the communist past and post-communist present, yet it also highlights a cultural ambivalence towards both much like a carnivalesgque turn that can affirm a repressive system yet also parody and mock it.”

139 Meanings of kitsch for different groups:

140 Kundera on kitsch: It reflects apathy and complacency toward the oppressive regime mixed with sentimentality.

141 Nadkarni and Shevchenko, 2004: ‘Converting political icons into kitsch was thus part of the necessary symbolic work of the time, in order to render the former icons powerless and to enable post-socialist subjects to look back at the past with no fear of its return.’

Humor also allows liberation from past power and reflection on sensitive topics.

DeCerteau: material objects from the past articulate time and space by protecting the old and making it new as well.

“Kitschification is a process by which popular culture reinterprets time and space, and within the context of post-socialist Hungary, as a form of humor and nostalgia it can smooth away political and historical controversy.”

142 Communist kitsch symbolizes both the longing for the past and the questioning of it.

Nadkarni and Shevchenko, 2004: Post-socialist nostalgia allows people to not talk about the past while talking about it, to preserve the memories but not deal with their context.

145 Longing for longing for things from the West.

Jonathan Bach, 2002: ‘resurrection of the past-as-camp’

146 Hungarians create the image of Communist East Other for sale to the Western tourist, representing themselves as stereotypes.

147 Hungary’s tourist industry creates a cartoon kitsch version of what Westerners believed communism to be and the Cold War Other they want to see. I.e. a kitschified version of the Cold War, of the complex system.

Example: Trabant, which “provides an elaborating symbol of the Communist era”

149 For the Western tourist Trabant symbolizes the difference between the backward East and the advanced West.

Trabant tours promise the tourist an authentic experience but “this authenticity simplifies stereotypes that do not necessarily depict people’s more nuanced life experiences.”

For Hungarians Trabant brings up a fondness for a material object from the past not for communism.

“Nostalgia does not necessarily mean a desire to return to the past, yet Communist kitsch stereotypes the past and hence negates the complexity of experience.”

150 Katherine Verdery, 1999: Since a statue is both a symbol and an eternal, sacralized embodiment of a person, tearing it down removes the body from the landscape, and hence history, and also symbolizes that it is not protected by god.

157 Souvenirs—”a depiction of place to remember one’s visit and capture memories of experience associated with interpretations of a place”—too, depict or represent a stereotyped image of the communist past rather than authentic reality.

159 Nadkarni & Shevchenko, 2004: ‘post-socialist nostalgia also appeals to the desire to see oneself through “the Other’s” desiring gaze’

For Westerners kitsch and souvenirs both “arouse sensationalist fantasies and fears associated with the Cold War Other” and “induce a sense of victory having tamed it.”

161 “Kitschification celebrates the people’s unofficial experiences regarding life during the communist era.”

Retro is “a stylized version of a recent past typically reflected in material objects.”

Platt, 2013: In contrast to nostalgia, which exists outside of time or after a time rupture, retro revives past products, bringing them close to us in time as if they were never lost.

165 Retro downplays the political to focus on the everyday aspects of past life.

To make something retro = to model something on the past

Retro cafes are “recreations in time and space…evoking nostalgic longing”, museums of everyday artifacts rather than politics.

167 Bach, 2002: Kitsch is ‘an aesthecized and decontextualized sense of camp’, depicting “a saccharine version of the past” or its fantasy

Such a depiction may symbolize not a desire to return to it but a victory over that past, especially if done with humor.

172 Actual artifacts no longer “simply represent an oppressive state as they have taken on new and different meanings,” including aesthetic and childhood nostalgia.

173 Nadkarni, 2007: retro/nostalgia-themed spaces ‘market the exoticism of the recent past to a generation of teenagers and young adults too young to have any memory of the socialist era themselves.’

174 Kitschification both reveals socialism from a people’s rather than state perspective and preserves the comfort of the past in post-socialist change through the desire to preserve a past way of life before it and the memory of it disappears, all in contrast to the present day.

175 Kitsch comments both on the past and the present.

196 “Through a fondness for past material culture there is a reclaiming of an imagined version of everyday reality during the Communist era as a response to…dissatisfaction with present day society.”