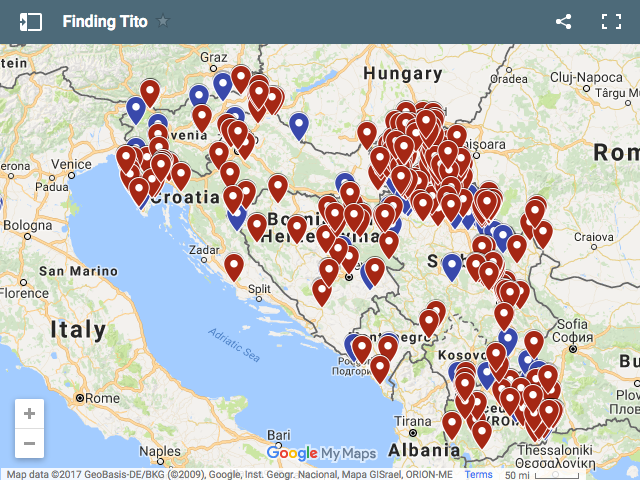 The Italian researcher Giorgio Comai has created a map of streets and squares across the former Yugoslavia bearing Tito’s name.

The map shows the most (176) places are in Serbia, with Macedonia (36) and Croatia (38/35) coming a distant second and third. As of its September 4, 2017 publication date, the map still showed streets in Karlovac, Šibenik, and Zagreb local authorities had renamed in the previous 3 years.

Particular concentrations of Tito street names include Vojvodina (many nationalities present) and Istria (Tito reunited the peninsula with Croatia).